” Mighty” Mike Simmel, Founder of the Bounce Out the Stigma Project

” Mighty” Mike Simmel,
Founder of the
Bounce Out the Stigma Project 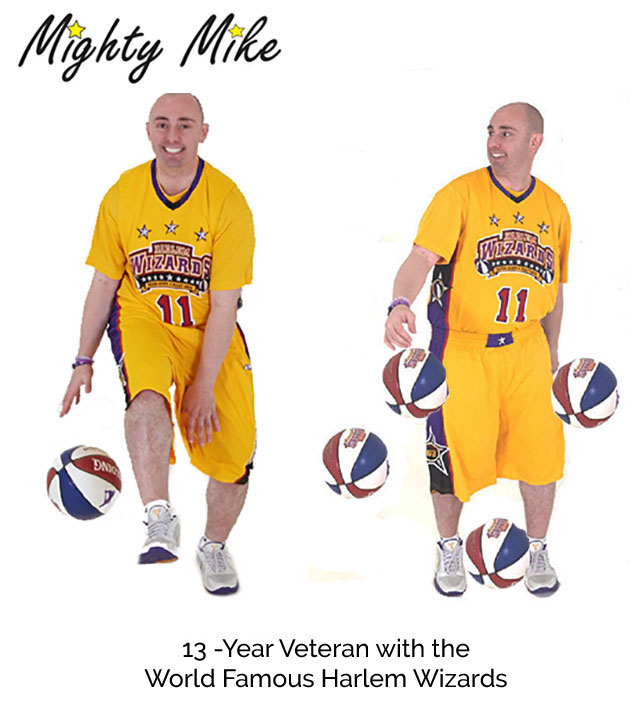 Awarded the Prestigious TOYA Award for one ot the Ten Outstanding Young Americans Making a Difference. 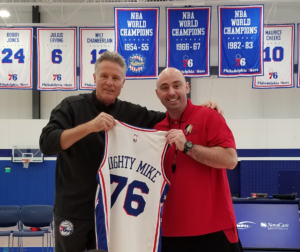 Our Genesis, Asked to Leave a Basketball Camp After Having a Seizure

Mike battled epilepsy from the age of 2. Playing basketball became his outlet and passion.As a 16-year-old, Mike Simmel was almost bounced out of a basketball camp.  He was asked to leave because he had a  seizure during camp, and that event became the cornerstone of Bounce Out the Stigma.

He had experienced numerous seizures before that day, but that time he felt ostracized and strangely different. Mike’s safe haven, his ability on the basketball court was now challenged. A personal quest to overcome that event was started. Although he would not overcome epilepsy, he lives with the battle through a healthy lifestyle, medical advice on medications.

From Special Education gym class to a high school and college standout, Mike overcame the challenges, but he felt the stigma. Playing professional basketball for 13 years with the World Famous Harlem Wizards was a goal achieved. It began Mike’s path to involved in the youth special needs community.

Today, Mike’s full-time efforts are to the Bounce Out the Stigma Project he founded in 2005. Our Mission is simply empowering youth to believe in themselves. Camps, clinics, school programs, and educational seminars keep Mike involved in working to change the world – one kid at a time!

How does a kid rise from a special-ed gym class to a professional basketball ball-handling wizard?  Only Mike Simmel can capture his audience’s imagination with the “chills and thrills” of his story.

Mike has performed at the NCAA Final Four, has been interviewed on numerous television network shows, featured in national magazines and newspapers. He has even performed live at NYC’s Apollo on TV’s “Showtime at the Apollo.” Mike has done over 800 halftime shows throughout the US and spoke at over 300+ schools.

As he will tell you in no uncertain terms. . .” I have been where these kids are, my youth was filled with doctor visits, changes in medication, and peer mistrust”. Being bullied as a young kid to becoming a professional ballplayer is Mike’s story. His story creates our mission to help others facing the challenges Mike did.

Beyond the Wizards – Mike has done over 600 halftime shows throughout the US and spoke at over 300+ schools.Mike has performed at the NCAA Final Four, has been interviewed on numerous television network shows, featured in national magazines and newspapers.

A young Mike even performed live at NYC’s Apollo on TV’s “Showtime at the Apollo.” 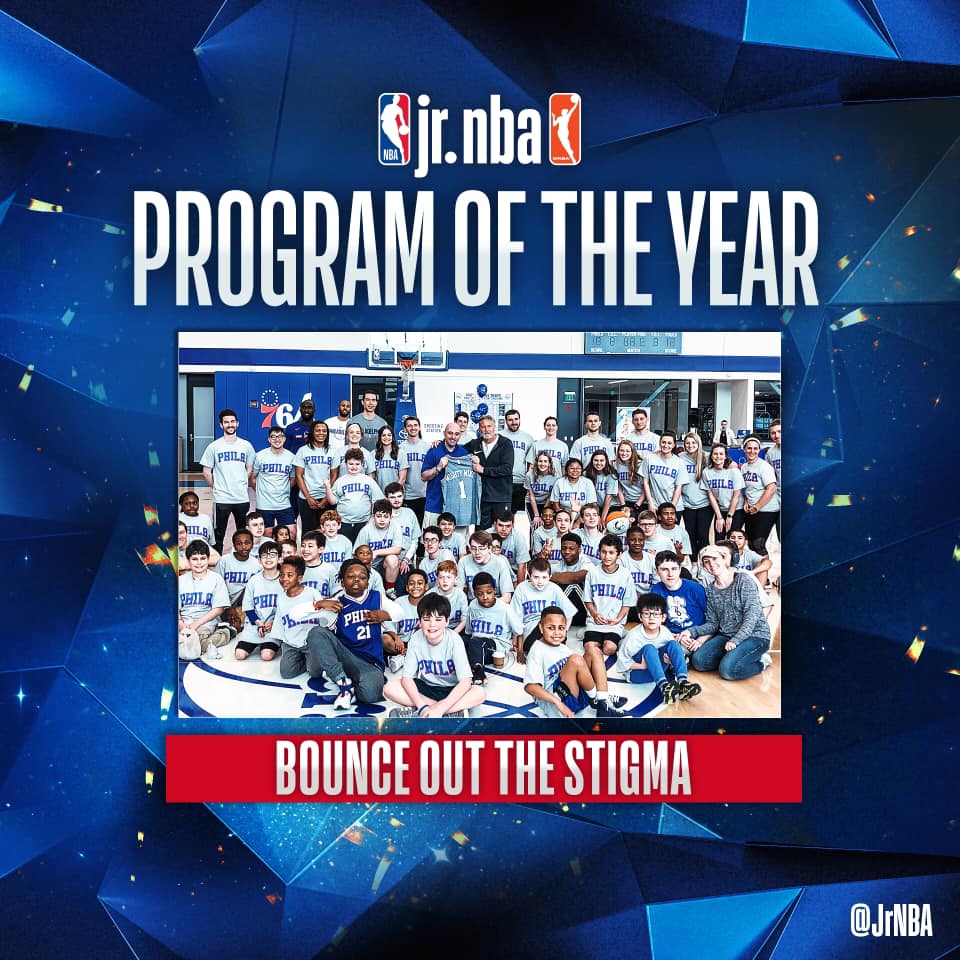 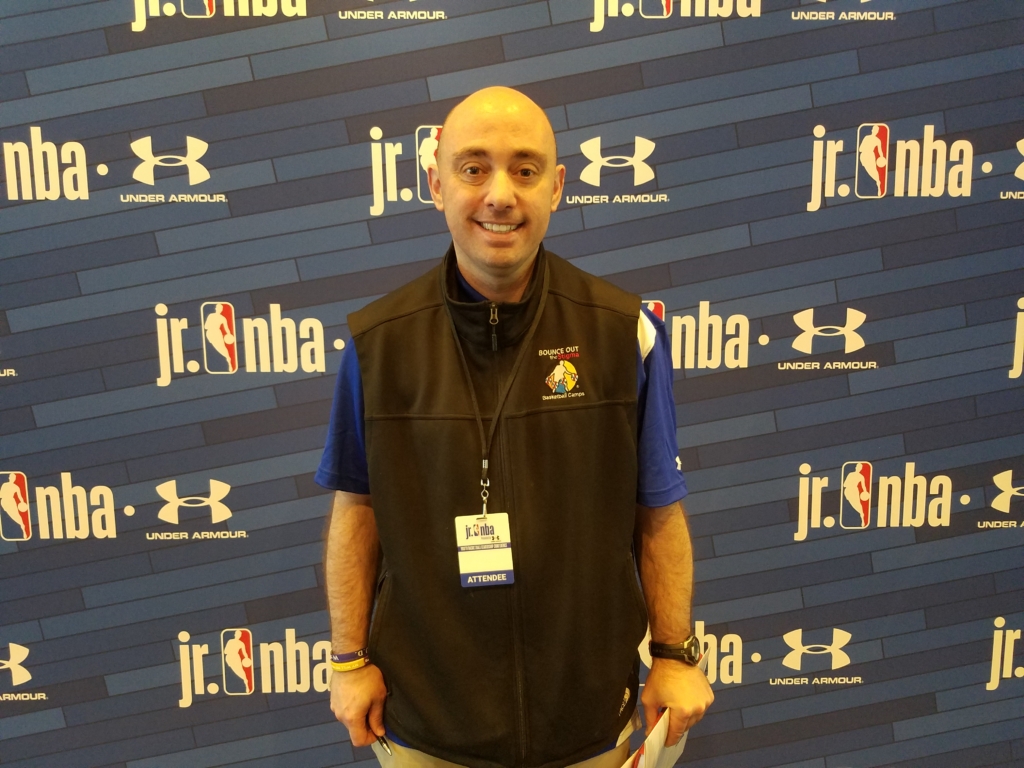 The coach attends Bounce Out the Stigma camps each summer. He described them as “utterly life-changing.

”Even (at a young age) Simmel’s love of the game and determination to carve out a place in basketball was evident. Bounce Out the Stigma camps are utterly life-changing. I figured out that there’s nothing different about these kids. They love basketball in their own way. We teach them and have fun with it. Mike has taught me a valuable lesson about life.” 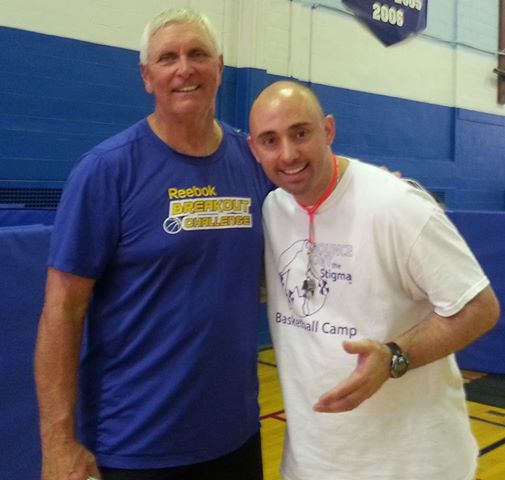 A regular visit to our Summer Camps, John Starks was the ultimate basketball professional who defied all 0dds to become a GREAT NBA Player.

“It takes a special individual to be able to give up their time and give back to children. You watch these kids come out and hug him, it’s amazing. Amazing…I’m proud of Mike and the road he’s traveled to get to this point. I find his camps a truly inspirational way to provide a true basketball outlet for this kids and young adults. I love coming back” 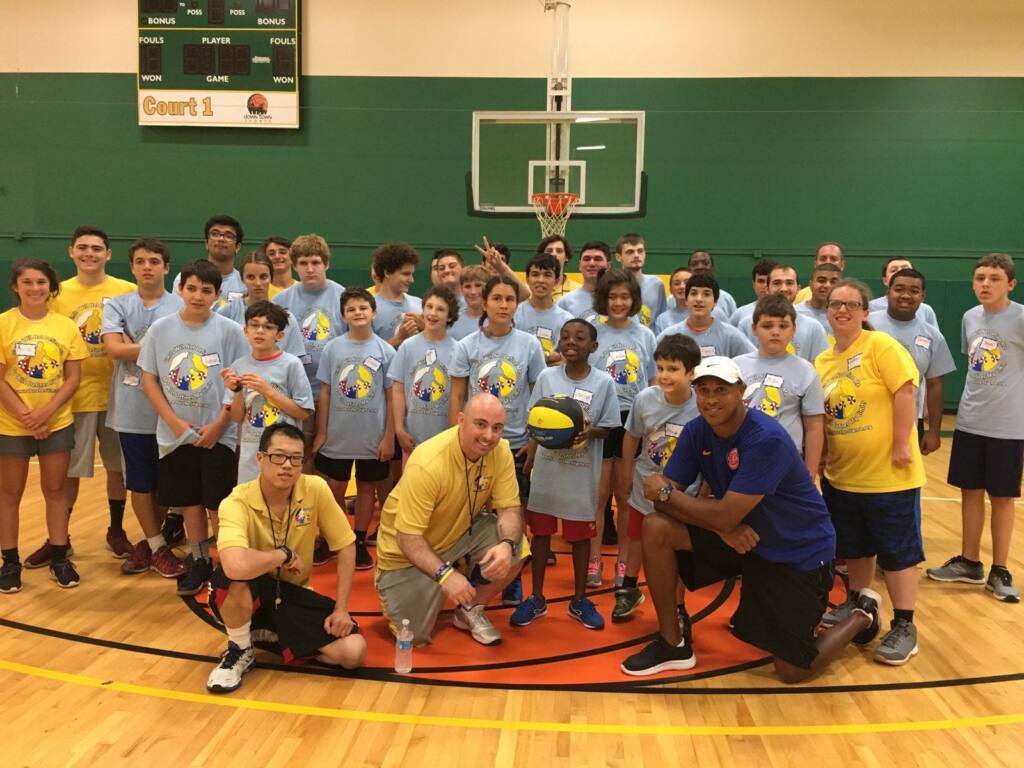 Born in Glendale, CA, Mike developed epilepsy at the age of 2. As his family moved to NJ, he struggled as a youth and was debilitated to the point where he could not participate in “regular” activities. Because of his condition, Mike could not do the simple things other kids could do, like hop on one leg or skip. Young Mike could not eat everyday meals at the dinner table or with sharp eating utensils and even needed to be helped to go to the bathroom for fear that his head would smack downward and he would get hurt due to a violent seizure. He was placed in special education gym class in school because of his slow motor skills and development.  At times he even had to wear a helmet.
Mike outgrew his early “drop attacks” at age 7, and his father gave him a basketball to see if his coordination could develop. It worked, and Mike dreamed big. Years later, at age 16, when he was at a basketball camp, he had an epileptic seizure, his first major grand-mal attack in nearly ten years. The camp administrators attempted unsuccessfully tried to have him removed. That incident would change him forever, as he knew that one day he wanted to give back to other young people who felt as isolated as he did in that situation. Mike continued to have epileptic seizures in high school.  Still, he was a 3-year varsity starter, standout point guard, captain, and graduate of Don Bosco Prep. As a postgraduate student, Mike was the team assist and steals leader at the prestigious Hun School of Princeton.

His bouts with seizures would continue through his college years, which led him down a tough road. He would eventually finish and get his degree at SUNY Purchase. As a 2-year captain, assist and steals leader, Mike fulfilled his first dream, college ball, and a college degree.
At age 24, Mike suffered a near-fatal 108-degree fever and coma condition. He continues to deal with epilepsy throughout his adult life.  Currently, Mike takes 15 pills for his condition, and he is now seizure-free a survivor, and a model picture of healthy living.  Mike’s number 1 mission is to help connect with kids and tell his story to all. 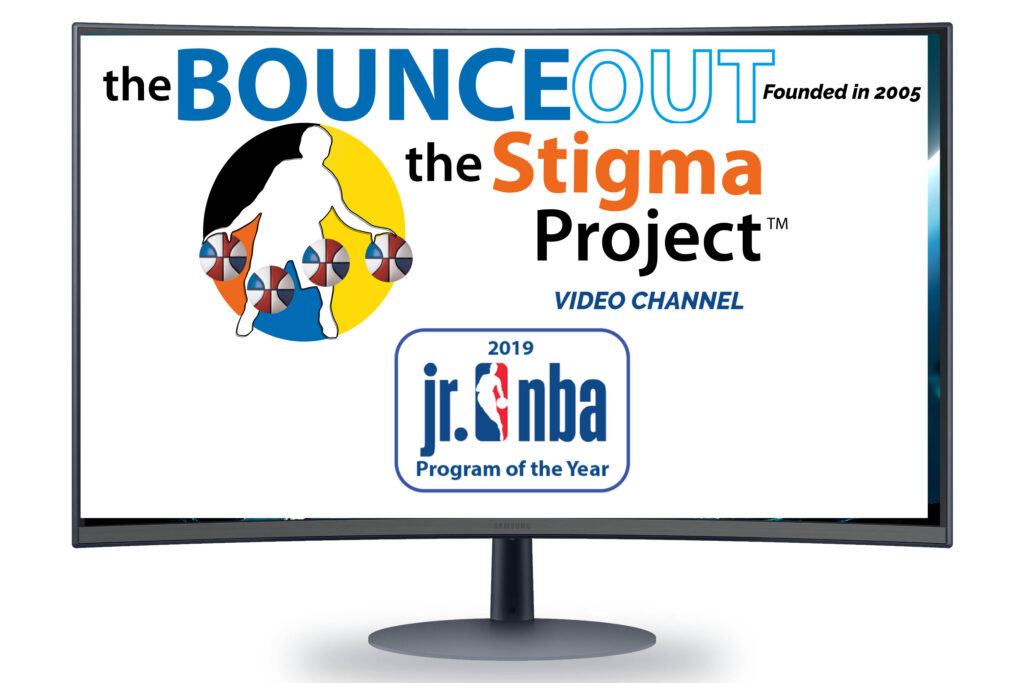